Find out more about our accredited coaches below 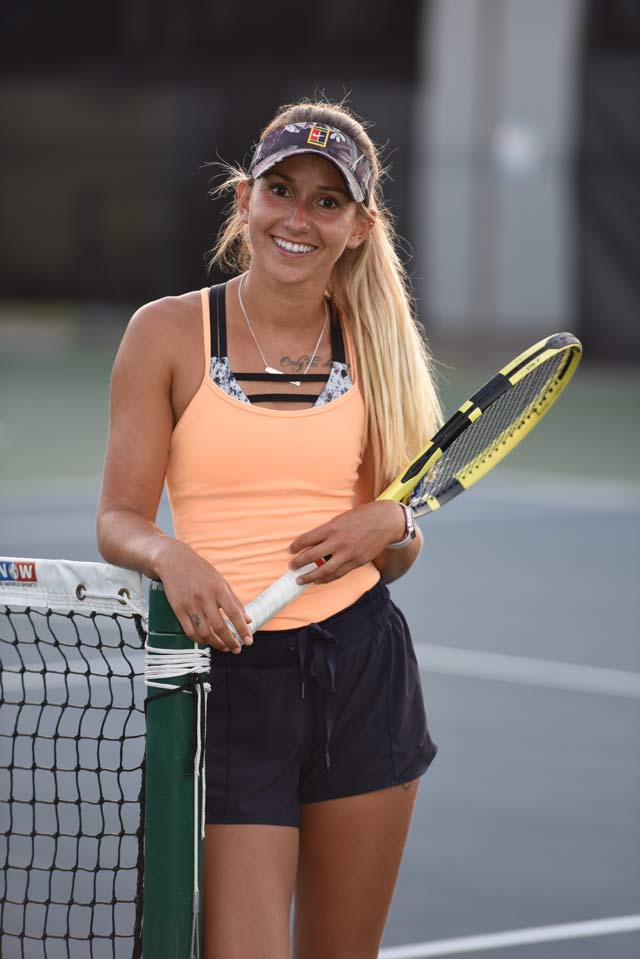 Teodora (“Dora”) Stefanovic was born in Nis, Serbia, and began playing tennis at the age of 5. She developed into a top-5 nationally ranked junior before accepting an offer to play Division I tennis at Lamar University. She transferred to Ferris State University (FSU) in 2016, quickly earning All-Conference honours while playing the #1 singles & doubles position for the Bulldogs.

Teodora spent her competitive off-season at the John Newcombe Tennis Academy in New Braunfels, Texas. She worked with elite junior & college players under the tutelage of 7-time Grand Slam Champion, John Newcombe. She was instrumental in the development of tennis programs and supervised practice sessions, while also providing private and group sessions for players.

In 2018 Teodora graduated from FSU with an undergraduate degree in Business Administration, and a minor in Public Relations. She moved to Canada and began coaching at several area clubs, earning GPTCA (Global Professional Tennis Coaching Association) & Tennis Canada certification along the way. She has worked with several high profile junior players, including Team Canada members in U12, U14 & U16 divisions.

The Stefanovic Tennis Academy is a culmination of Teodora’s efforts to help both recreational and competitive tennis players reach their potential. Teodora has always emphasized a strong coach-athlete relationship, and prioritizes the mental and physical growth of all academy members.

How it all started ?

Teodora is born to parents Dejan & Zorica in Nis, Serbia